FREIHEITSKAMPF
The photographic series consists on digitally composed collages formed by multiple exposure photographs made by the reproduction of analog photographs owned by the archive of the Burg Giebichenstein Kunsthochschule Halle (Saale), Germany. The photographs used are from the years 1920 to 1935. Werner Rohde’s and Paul Thiersch’s work was reproduced and used for the creation of this series. The photographic work of Werner Rohde was taken as reference to do this project, he used different multiple exposure photographic and printing techniques to create collages. Between 1935 and 1945 Werner Rohde got a work ban and went into exile to France. Even though Paul Thiersch died in 1928 I picked him as representative for the decade 1935 - 1945 because he designed and built the Kröllwitz bridge in Halle (Saale) which got destroyed in 1945 during the last days of war. What also caught my attention is that the swastika version he used for the mural ‘Weltenesche Yggdrasil’ was not the one used in the Nazi emblems, but the original symbol orientation, used by asian and latin american cultures as symbol of protection, prosperity and good luck still today. 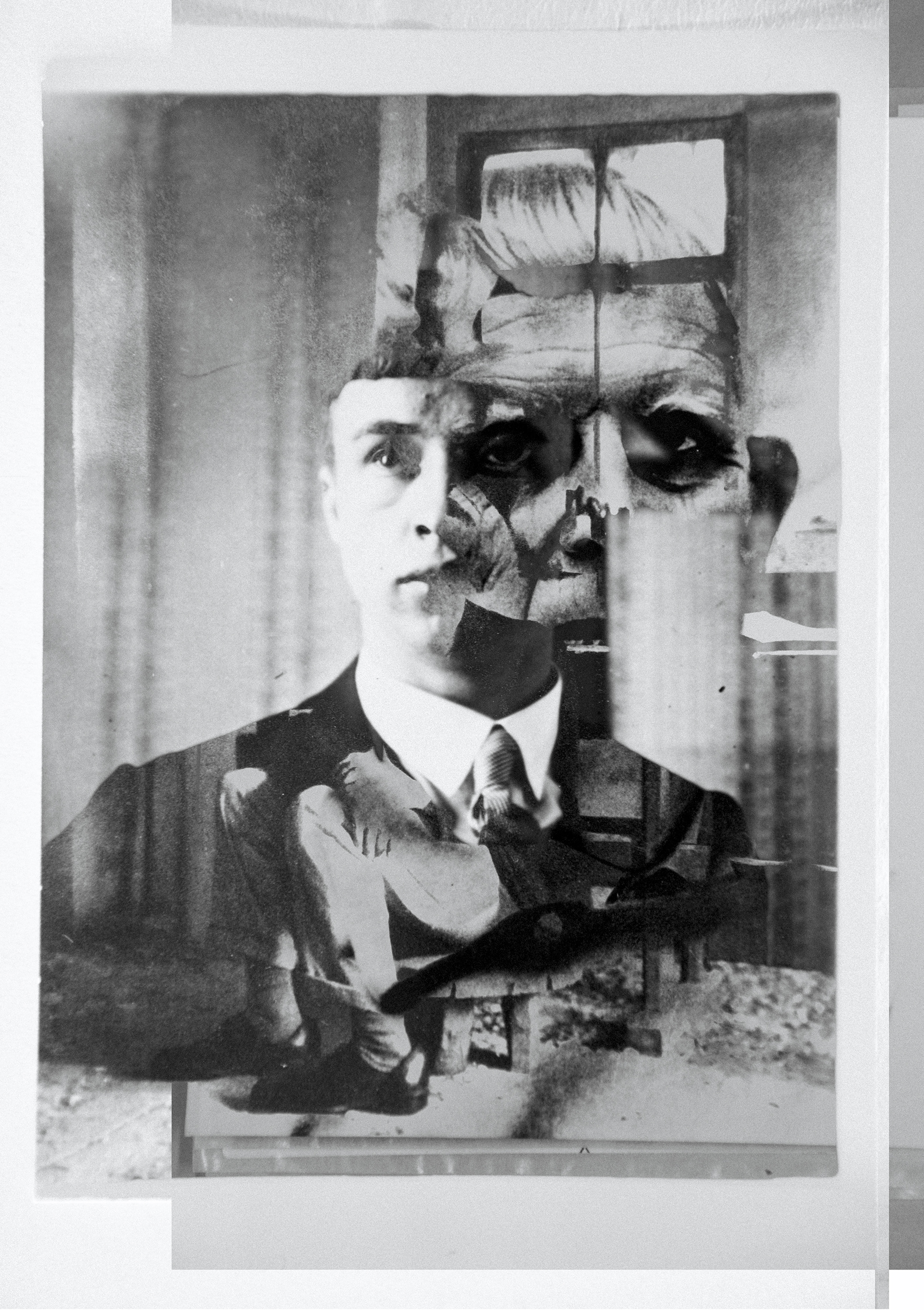 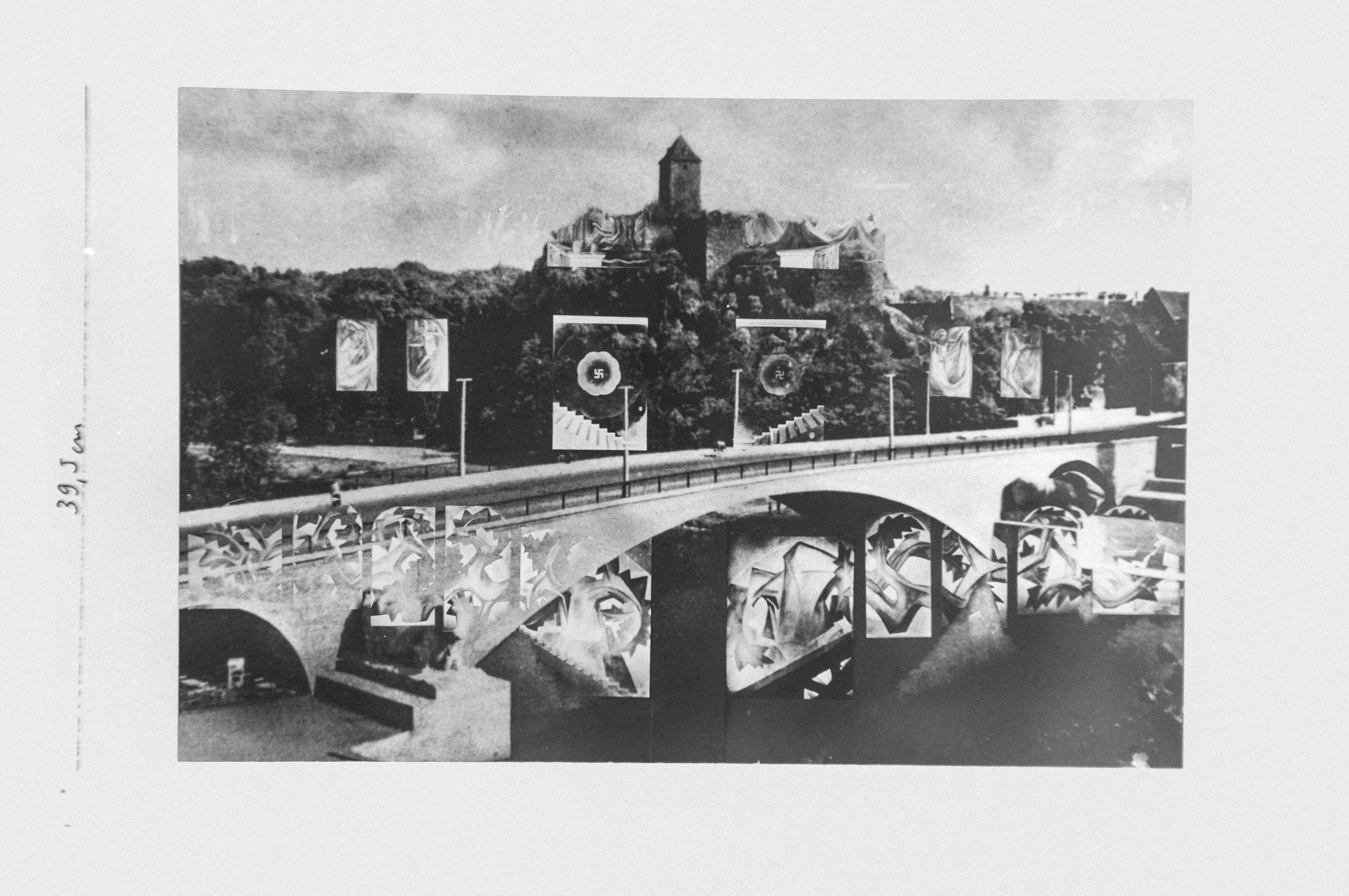 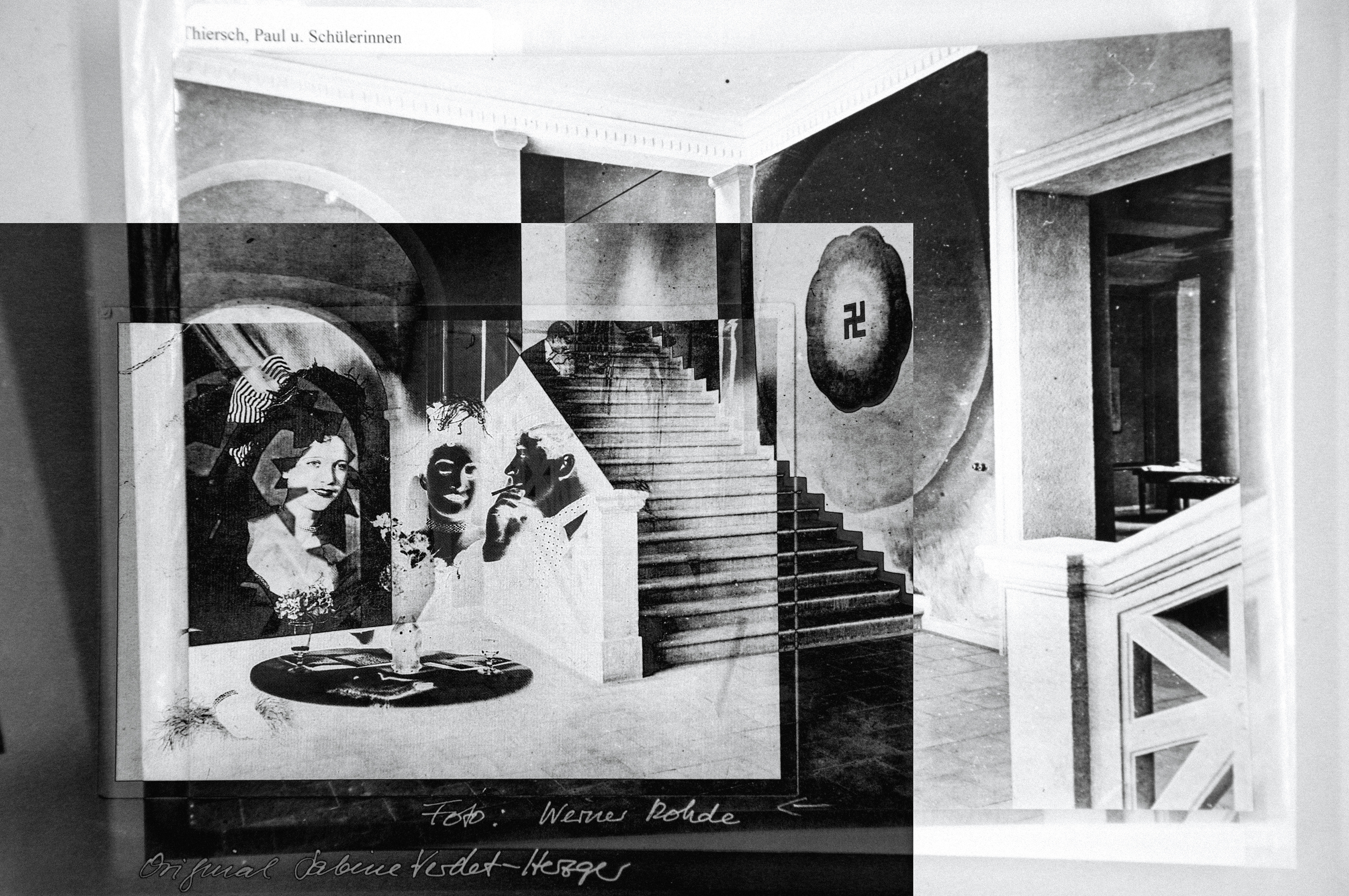 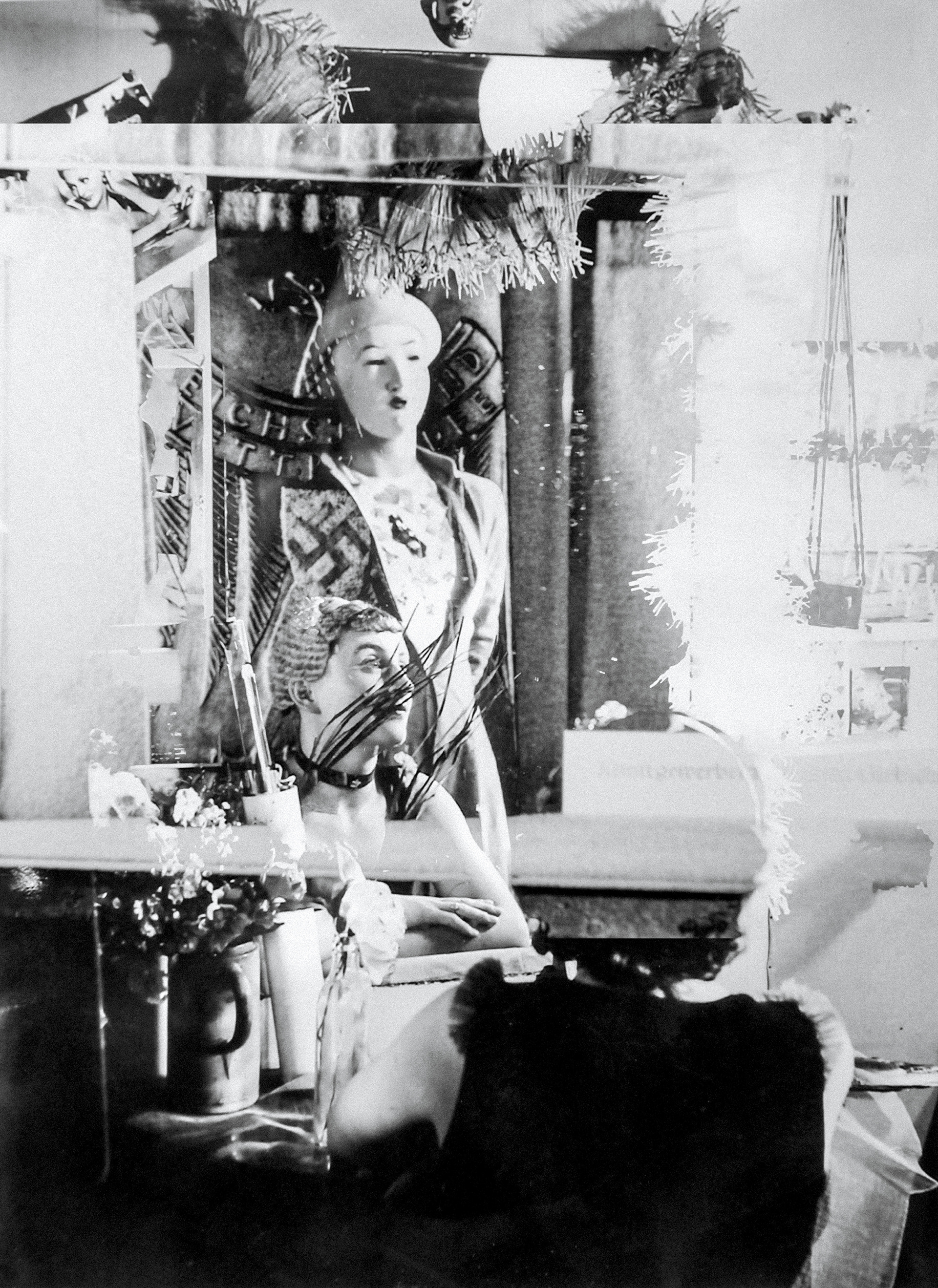 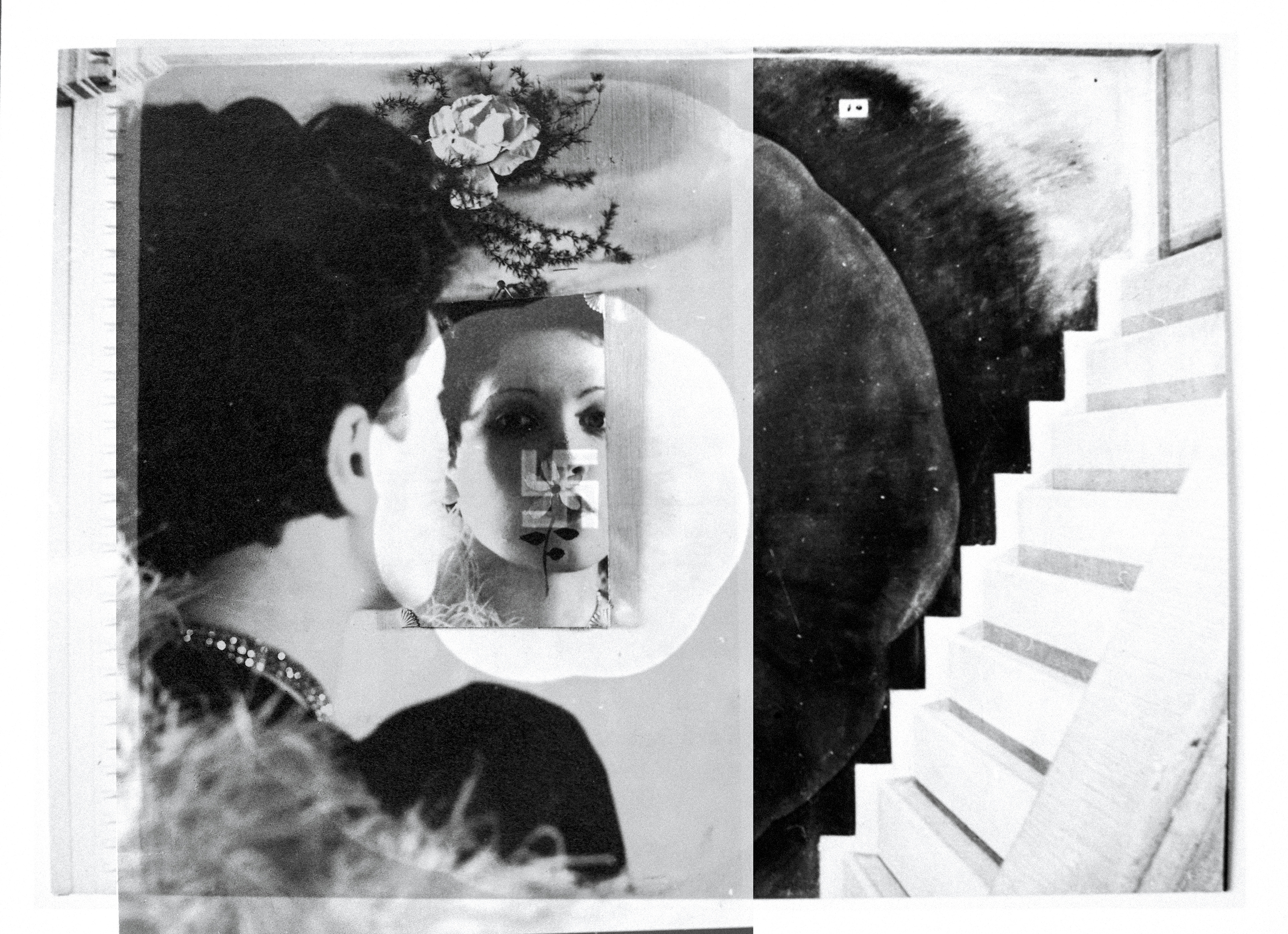 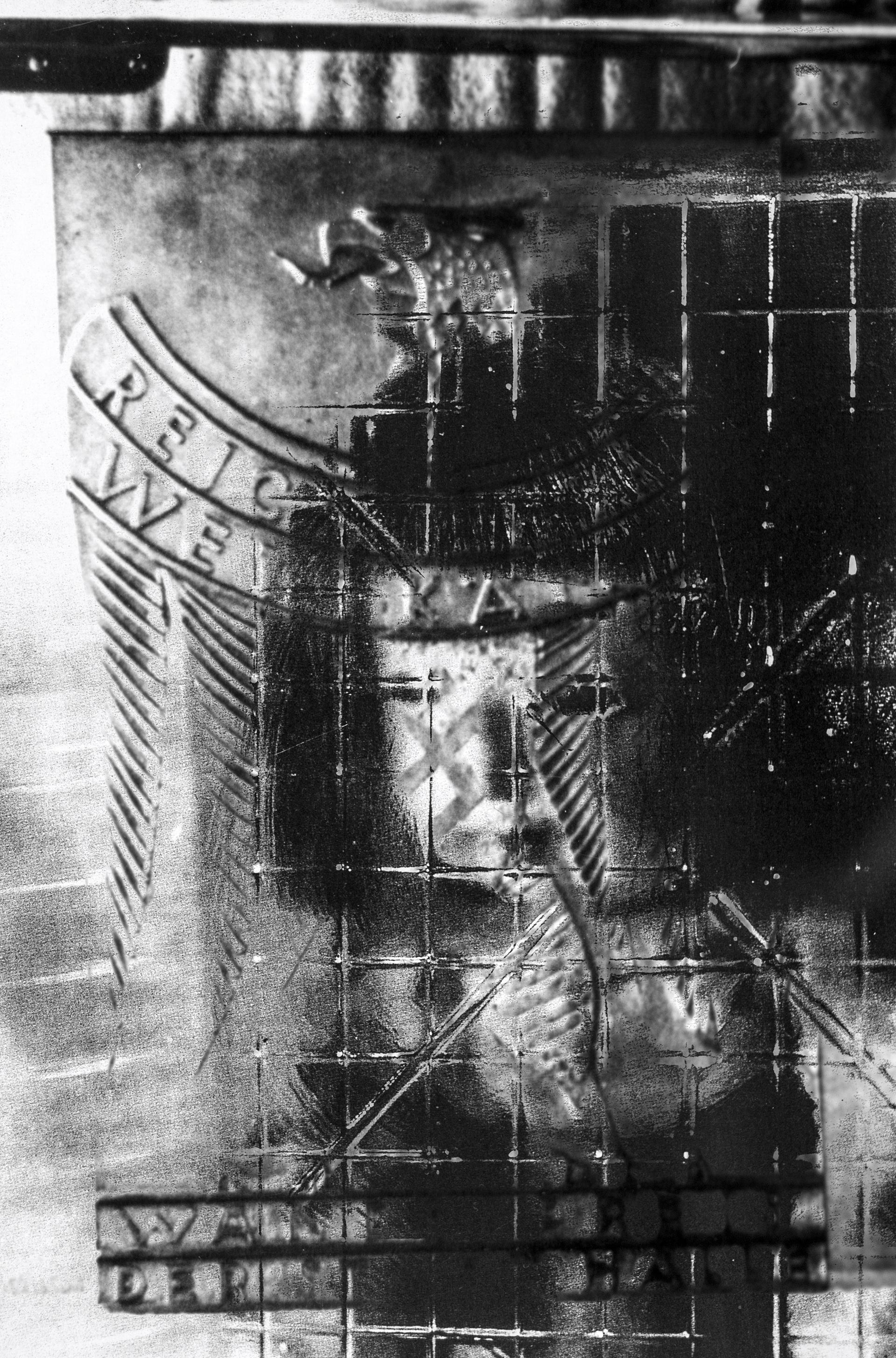